Software Teams in the COVID-19 Aftermath

Quick Summary - Where is your in-house software development team right now? Are they at the office, working away as normal? Are they at home dealing with the long-term repercussions of COVID-19? And what are the future plans for your team? 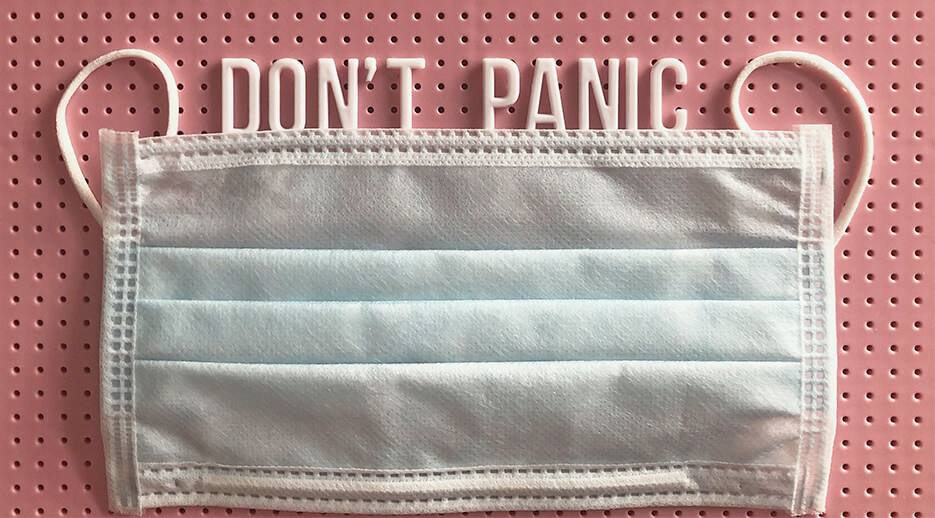 Now is a good time to start thinking about the difference between in-house and remote development teams. You’ll find there are a lot of questions to ask and that the answers may put a platinum-lining around these dark clouds.

While telecommuting has always been a part of the IT industry, it hasn’t been embraced by everyone equally, or for the same reasons. According to Condeco Software, companies allow remote working to improve retention, reduce office costs, scale staff more flexibly, and because, “employees demand it.” One segment of 17% cited that it allows for foreign expansion.

Barely two weeks had passed before Gartner published a survey about Chief Financial Officer plans for telecommuting. It asked, “What percentage of your workforce will remain permanently remote post-COVID who were not remote before COVID?” Half indicated transitioning 5-10%. A quarter expected to transition 20-50% or more.

There’s good reason to believe these numbers will increase over-time. Gartner’s survey was released on April 3rd, 2020. Two weeks of “lockdown” is hardly the basis for making a long-term projection. Companies reluctant to embrace telecommuting are likely to have had a more difficult time adjusting than those accepting it as a standard part of their operations. Telecommuting might be an acquired taste for some, but many who try it will like it.

Technology has changed the world in a lot of ways. Whether you embrace the new sharing economy or not, it’s flipping thousands of years of conventional business wisdom on its head. Today’s on-demand economy asserts that “Access is better than ownership.” Say what you want about Uber, but since starting in 2009, they have 3 million drivers globally. The largest global rental car agency, Enterprise has about 1.5 million vehicles despite starting in 1957. Compare AirBnB’s business model against hotel chains, or Amazon against retailers. More or less the same principles apply to labor. 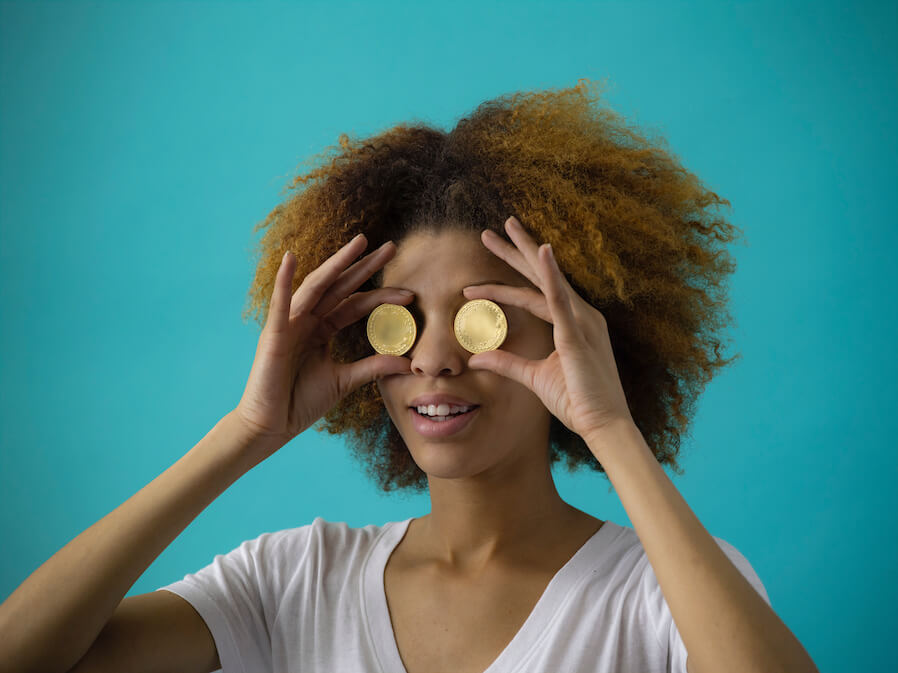 The Difference between Remote Employees and Contractors

You have control over employee work hours, how they do their job, and if they need to wear a uniform. In return, you inherit a lot of legal obligations in the hiring, firing, payroll, insurance, and other human resources activities. If now, your in-house software development team is working remotely on a permanent basis, the advantage of “remote employees” practically ceases to exist.

On the other hand, you don’t get to treat contractors like employees – you can’t tell them when to work or make them wear uniforms. Otherwise, for the most part, whether they are independent freelancers or associated with a staffing agency, the majority of the above obligations are their responsibility.

You can still mandate standards of quality, work methodologies like Agile, meetings, project deadlines, reporting requirements, standards of conduct, safety standards, etc. Contractors can still be part of your org chart, if in a “virtual” capacity. Each country and state may have its own laws regarding differences between employees and contractors.

More for a quick overview than an in-depth analysis, advantages vary according to wide-ranging variables. Where are your main offices? Where are your developers located? What are your office costs, tax laws, and health insurance requirements? What is the local commute via personal vehicle or public transport like? This barely scratches the surface of possible benefits, but let’s quantify a few major ones with a few examples.

Office Space.  In the United States, companies have an average of 150 square feet of office space per employee. In San Francisco, this translated to about $12k per year – or half that in someplace like Chicago. Scrum Teams like to say between 3 and 9. On a straight average, that’s a savings of $36 – 72k per year, per team.

Insurance. Healthcare costs in the United States run close to $15k per employee and rising at a rate of about 5% per year. The first thing one is likely to say is that there are no savings to be found here as agencies will simply pass along their insurance costs. Perhaps, but the United States only comprises 4% of the world’s population – and 96% of the balance ALL pay far less for insurance. Aside from a few European countries, insurance rates run 50% or lower US-based premiums.

On this, one of our US expat colleagues living in Odesa, Ukraine, claims to have spent less than $5,000 total over the course of 15 years for his and his wife’s medical and dental care. He cites having received a $1,000 bill for a one-hour emergency room visit for an EKG in 2004 while living in Kentucky, even with his insurance picking up 80% of the tab.

Productivity and Quality.  Working from homes brings numerous advantages for companies keeping an eye on their software developer’s performance. Nearly 4 of 5 remote developers are less stressed from avoiding an hour or more commuting to and from the office. Almost the same number, 77% say they are more productive working from home citing fewer disruptions. A variety of reports indicate a 10 to 50% increase in productivity, thus a wide variety of factors apply. Automated software development analytics and DevOps should constantly track developer performance to regularly monitor improvements whether in-office or remote.


Get a world-class developers with no stress

Experienced and highly qualified IT developers of all sorts remain in high-demand. Indeed, the IT industry maintains the highest ratio of remote work vs in-office job openings being advertised. Companies insisting on in-house teams must rely upon local talent – subject to a consistent lack of “qualified” applicants.

Those who have high-end IT skills and experience can pretty much decide where they want to work. Many gravitate to the main tech and startup hubs like Berlin, London, and San Francisco. This inherently presents challenges for companies residing in more rural areas to attract top-notch talent. Hiring and onboarding new IT members average 4-6 weeks. Filling an entire team, however, can take several months. Perhaps most surprisingly, especially to companies in the United States, is where the developers with the strongest IT skill sets can be found. Software developers in the United States are good, but they rank just 27th globally. That’s according to SkillValue’s IT Ranking 2019 based on over 550 technical assessments. Strikingly, Ukraine, the Czech Republic, Poland, Hungary, and Austria all rank in the top 10.

Wages vary by country and by city, with the average software developer in San Francisco running around $116,000 according to Glassdoor. In Berlin and London, they pin it at roughly $60,000, and around $45,000 for Odessa, Ukraine. The disparity in wages owes very little to skills as it does to the cost and standard of living, where for example – basic healthcare in Ukraine is arguably free.

Companies deciding to transition from in-house software development teams to dedicated remote teams have a lot of options. Outsourcing to dedicated software development teams is a perfect fit for startups seeking to maximize their development dollars and maximize their funding runway. Such startups can work with IT Staffing agencies like PerceptionBox to rapidly and cost-effectively ramp-up their development to get to market faster. Larger companies can use their savings to grow their organizational capabilities and project capacity.

The pace of change in the workplace is accelerating due to technology. At the same time, the evolution of technology is accelerating. It provides the means to do almost anything from anywhere – at a lower cost, and with greater efficiency. There’s nothing precluding companies from requiring their employees to work at the office. However, there’s no time like the present for all companies to start evaluating what the future of their office is going to look like.

Long after COVID-19 goes away, it’s likely that the ability to telecommute will be the #1 most requested employee perk. If you think the cost advantage is great for companies — it can be far better for employees and contractors, alike.


Would you like to talk with an IT staffing specialist

about how dedicated development teams can work for

you? Please drop us a line at hello@perceptionbox.io -

we’d love to hear from you!

The best reasons to outsource software development are all tied to business requirements. The same reasons apply to startups and…