Quick Summary - Are you looking to get into the eSports market? If so, there are 3 reasons to outsource development to Ukraine: 1) major game and eSports companies agree on its cost-advantage, 2) Ukrainian developers have the high-quality programming skills you need, 3) Ukraine’s government will take you seriously. 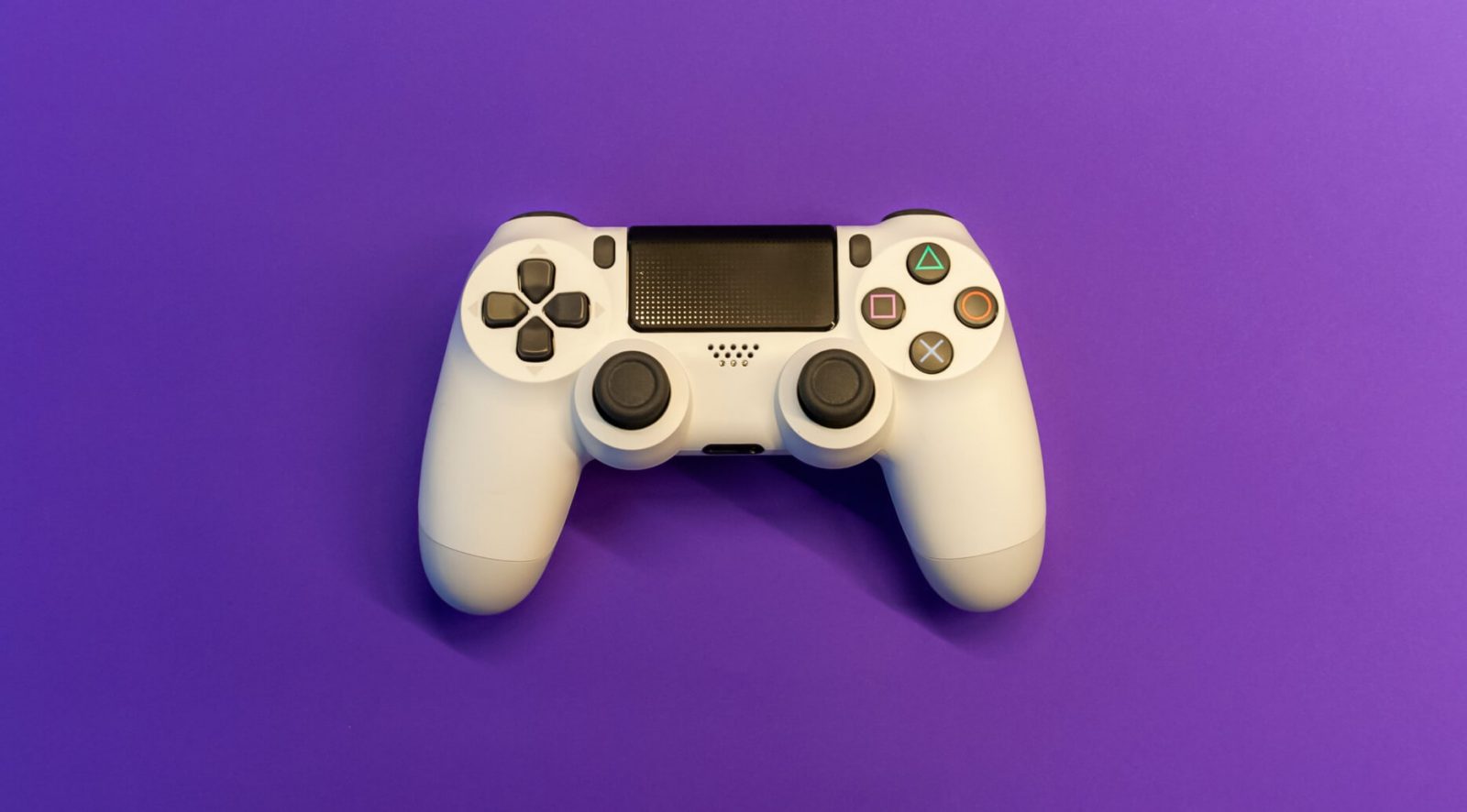 On September 7, 2020, eSports was declared an official sport in Ukraine. While Ukraine does not export electronic games, Ukrainian software developers are very active in eSports game development and design. Several of the world’s top gaming and eSports companies have development offices and partnerships in Ukraine.

The eSports announcement was made by Oleksandr Bornyakov, Deputy Minister of Digital Transformation of Ukraine. Ukraine’s tech sector generates $5.4 billion annually. A majority of that ties to providing IT outsourcing services to international tech companies. The Ukrainian government is actively engaged in facilitating the continued development of its tech sector.

Size of the eSports Market

According to Grand View Research, the global market size for eSports reached $1.1 billion in 2019. They project a compound annual growth rate of 24.4% through 2027 to reach $6.8 billion. At the same time, they hold that the broader digital games market already generates $151 billion with a 12.9% CAGR through 2027.

Several strong indicators exist to show that the eSports Market offers unique opportunities for those who embrace it early. Several eSports events are outperforming many conventional sports events. The 2018 League of Legends Mid-Season Invitational held in Paris attracted over 60 million viewers – and most importantly, nearly 24.6 million concurrent online viewers. That’s over twice ESPN’s NFL Monday Night Football average of about 12 million viewers from 2015 to 2019. For the marketing professionals out there, ESPN’s 30-second commercials run $385,000.

Amazon’s acquisition of Twitch for $1.1 billion in 2014 remains an important landmark for the eSports market, as well. As the Motley Fool reports,

“Twitch leads the esports streaming market by a huge margin. A report from StreamElements, a platform that offers streamers various tools and services, puts Twitch’s market share at 61% as of Dec. 2019. The other top players in this space, including YouTube Gaming, Facebook (NASDAQ:FB) Gaming, and Microsoft Mixer, have shares of 28%, 9%, and 3%, respectively.”

Amazon is a trendsetter and all of its moves are worth watching. The Amazon Go stores are basically MVP versions of what Wholefoods will eventually look like. Picking up Twitch was just part of its strategy and vision when it comes to online games and eSports.

As we shared in Follow the Leaders: Outsourcing R&D to Ukraine, many of the biggest names in Tech have large R&D teams in Ukraine. Ukraine offers an incredible cost-advantage compared to in-house development projects. The same holds true for the development of software games and esports titles.

There’s a solid match between the primary programming languages preferred by Ukrainian developers and that used in software development for games. For systems programming, C++, Java, and C# for Unity are popular for game development. Many browser-based games use JavaScript, as well as HTML 5, CSS3, and SQL.

Java and Javascript are the top two languages used by Ukrainian developers. C# and C++ rank third and sixth, respectively. 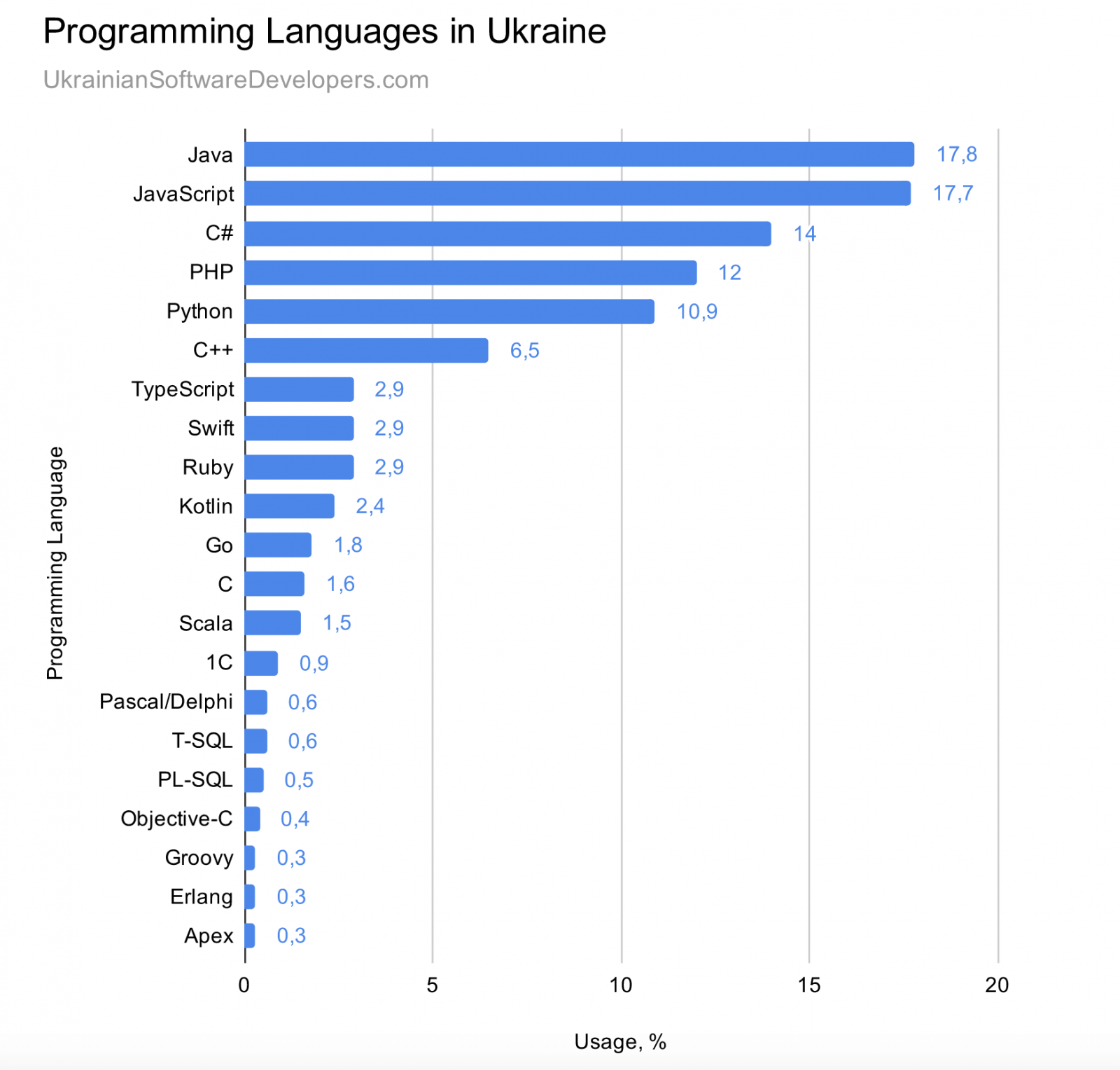 Why is Ukraine such a popular source for eSports game developers?

For as many software developers as there are in Ukraine, you’d think that Ukraine would be a major exporter of software. Instead, Ukraine’s tech ecosystem focuses on providing IT services for companies seeking to outsource development. There are many complex reasons for this, but they extend in large part due to Purchasing Power Parity.

Ukraine’s tech sector is one of Ukraine’s most valuable and fastest-growing service-industry markets. However, its population of IT specialists (~250,000) is a small fraction of its overall population of 42 million people. The average monthly wage in Ukraine is roughly $300. A typical senior software developer may make around $50,000 annually. For comparison, a Ukrainian doctor is lucky to make $2,000 a month.

Ukraine lacks a scalable economy in terms of absolute dollars. Consider broadband connections in Ukraine cost $10 a month versus an average of $60 in the United States. A Ukrainian company needs 6 customers to provide the same revenue as 1 customer in the United States. That makes it very difficult for Ukrainian companies to compete directly in Western European and North American markets. It can be done, but this helps to explain the dynamics on both sides of why so many companies outsource to Ukraine.

Technology Transfer for Startups and SMBs

We’ve talked about the value advantage for companies in outsourcing IT and R&D activities to Ukraine. Knowing the ins and…