Quick Summary - Israel remains one of the top startup companies in the world, but should startups in Tel Aviv hire or outsource their development teams? 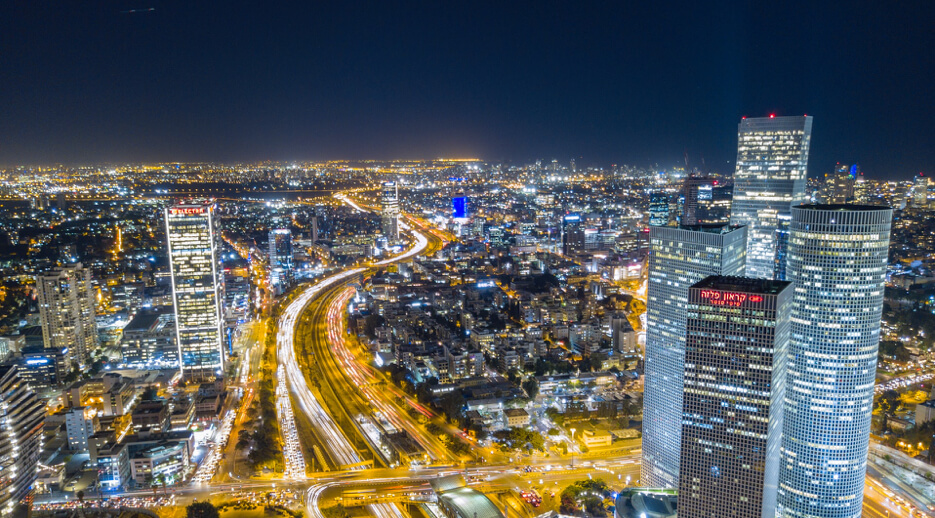 With over 321,000 IT Specialists and Software Developers, 8.7% of Israel’s entire workforce is employed in High-Tech jobs. And yet, that’s not enough – Israel has a short of at least 18.5k software developers and IT specialists. For most Israeli companies, outsourcing is the only financially viable option. As a specialist for IT Staffing in Ukraine, we would like to share some important facts on how outsourcing could be to your financial and qualitative advantage.

Israel’s economy is practically designed to support startups – as we explored in Israel’s Top 5 Startup Accelerators in 2020. There’s about 4,000 startups in a country with a total population of just 8.7 million people. Generating over $5 billion in startup revenue in 2019, Israel creates more startups per capita than… well every other country in the world. Yet, the IT staffing situation in Israel is sort of like that line in “The Rime of the Ancient Mariner” by Samuel Taylor Coleridge, “Water, water everywhere, nor any drop to drink.” IT jobs and software development jobs are everywhere, there simply are not enough people with the skills to meet the demand.

However, that’s part of Israel’s entire startup ecosystem and paradigm. With just 8.7 million people, Israel’s too small of a country to provide a true economy of scale. Thus, Israeli startups must take aim at the international market – and they are helped by its strong international network to scale up accordingly.

According to Israel’s Central Bureau of Statistics, the average wage for Information and Communications jobs is NIS 22,418 or about US $6,590 per month ($79k per year). Israel’s data does not provide the same granularity as the US Bureau of Labor Statistics. Some sources indicate average wages, specifically for software developers are in the ballpark of $90k annually, and around $100k for senior developers. In either case, the cost of an employee is not limited to wages.

Israeli employers are required to pay a National Insurance Tax amounting to 3.55% on incomes up to NIS 6,331 — plus 7.6% on the difference between 6,331 and a maximum of NIS 44,020. This equates to roughly NIS 3,000 annually or $880 based upon the median wage which is just slightly over the higher threshold. If an Israeli developer was making $8959 like their US counterpart, the National Insurance Tax contribution would swell to about $6,500 per year.

Attracting software developers in Tel Aviv, like in most tech hubs, ordinarily means offering more than the absolute minimum in employee benefits. Some may offer premium health and dental plans, health club and gym memberships, stock options, free daycare services, free lunches. Other fringe benefits are often part of the equation. These are highly variable, but also need to be factored into employment costs.

You also need to add in overhead costs. Will you require your software developers to work in the office? If so, based on an average of 150 square feet or 13.9 square meters per employee and typical NIS 103 per square foot rate in Tel Aviv, that’s another $5,000 per year per employee. You’ll need to furnish the computers, hardware, and furnishings they require. Add utility costs, consumable supplies, and insurance for your office. Finally, there’s additional overhead to factor in on a pro-rated basis for your human resources team, legal staff, accounting and payroll.

One Employee or Two Ukrainian Developers?

Base salary, benefits, and overhead costs add up. For each software developer you hire in Tel Aviv or in Israel (generally), you could outsource to two highly skilled Ukrainian developers – working for you. Not only will this stretch your funding runway, it’ll show your investors that you intend to be smart with their money. And, a further benefit, Ukrainian developers are in the same time zone as Tel Aviv.

Why Then the Dramatic Wage Variation?

Several reasons apply, with Purchasing Power Parity (PPP) providing the best overall explanation. It’s often popularly known as the Big Mac Index or why the same burger can cost $8, $5, or $3 in three different cities. It’s based on a basket of goods, like a gallon of milk, a loaf of bread, etc. We’ll cut to the chase with the biggest line item.

When you take out the rent as one of the major line items in the cost of living, $870 per month or nearly $10,500 per year is removed from the equation – attributable primarily to PPP. There’s more to it than that, of course. It’s appropriate to remember that at one time, everything in Ukraine (apartments and houses) were state-owned. When Ukraine broke away from the Soviet Union, nearly all property became owned by the citizens of Ukraine. That’s a story for another day, perhaps.

Leastwise, the PPP issue carries across many different goods. A gallon of milk in Israel is indexed at $6.60, but in Ukraine the same gallon of milk is just $3.34. Internet Service? That seems to run around $27 per month in Israel but less than $10 in Odessa, Ukraine. The PPP variation is not a constant, just an aggregate.

Israel’s workweek is a bit different than elsewhere and there are some stringent overtime limitations. Israeli companies tend to keep a 42-hour work week on the basis of five-8.6 hour days Sunday through Thursday; or five 8-hour days plus a short workday on Friday. Overtime is considered illegal without a special permit. Employers cannot compel employees to work more than 47 hours per week – or more than 4 hours of overtime on a single day.

Please note that work hours per year can vary by country. In many Western European countries, work hours are significantly lower, with Germany having the lowest (34.8 hours per workweek) – 13% fewer hours. So, when you see wages in some countries being lower, understand that it could owe to reduced hours per workweek. Ukrainian developers are accustomed to 40+ hour work weeks, so you get a 1 to 1 comparison.

The best reasons to outsource software development are all tied to business requirements. The same reasons apply to startups and…