Choosing a Software Platform and Its Impact on Outsourcing

Quick Summary - What’s the best software development platform for your product vision? How do you decide? How will your platform choice impact your outsourcing requirements? 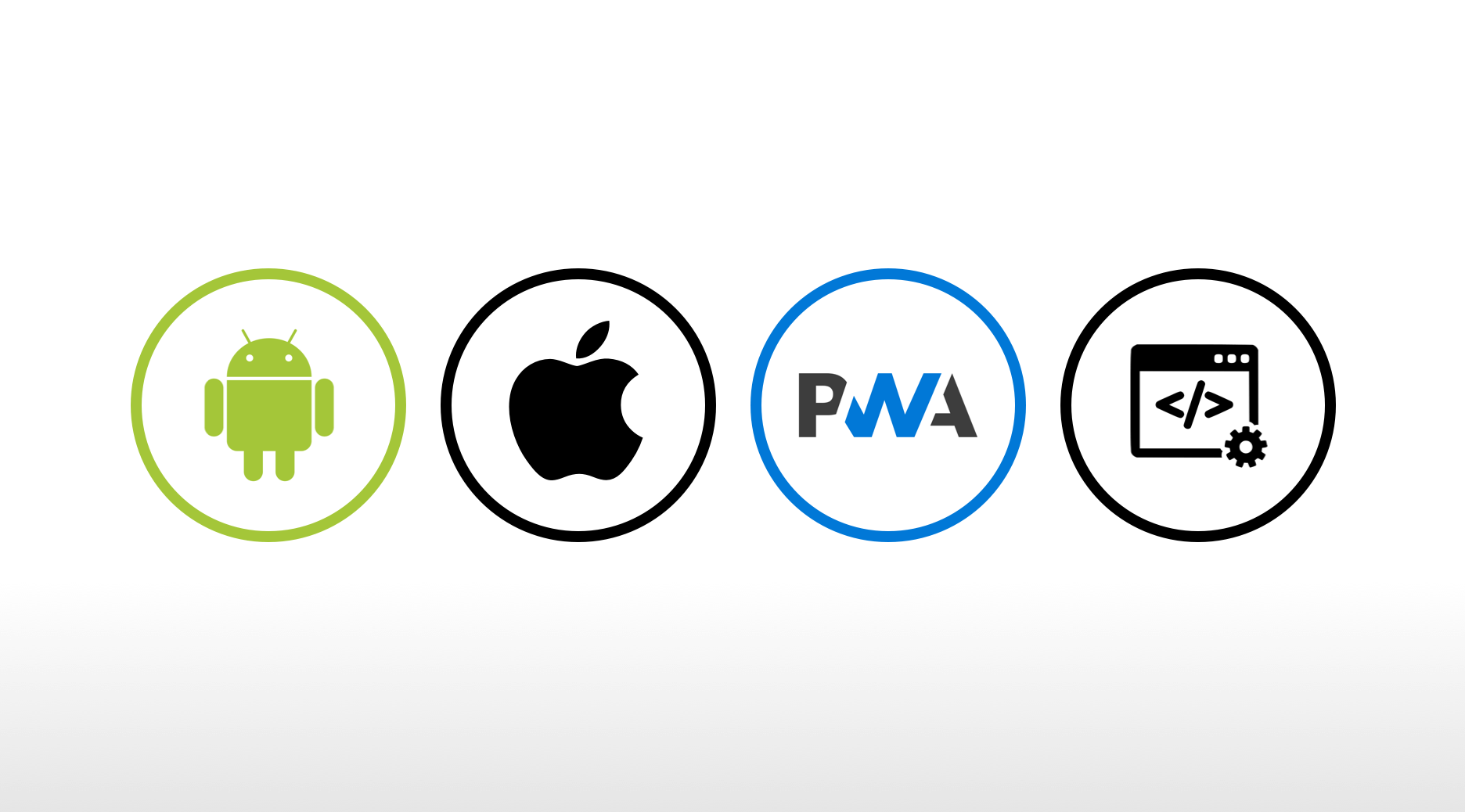 While there are some technical considerations involved, the decision of which platform to run with for your product is mostly a marketing decision. The platform refers to the combination of device and operating system that your software will be designed for.

As software development involves a significant investment of time, effort, and money – it should have the potential to be profitable or fulfill another business objective. Other business objectives could involve increasing customer engagement, data collection, improving or automation of internal work processes, etc.

When it comes to choosing a software development platform for your product, you have quite a few choices: 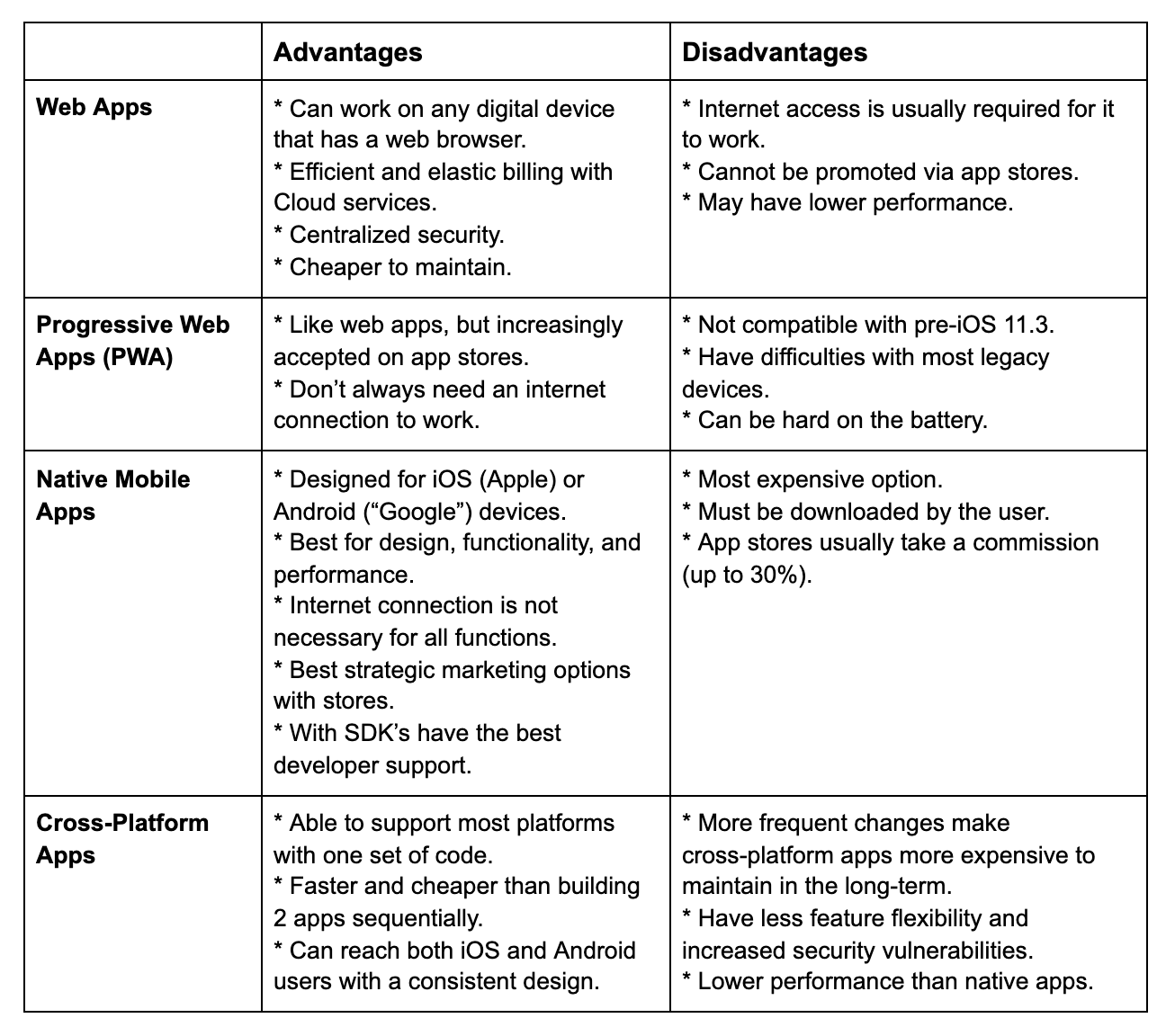 It doesn’t seem sensible to compare the mobile options to desktop options like MacOS, Windows, or Linux, or any of a variety of console-based operating systems. Product vision, particularly in relation to your end-users will determine the primary devices you will need to support. Even then, many companies simply release to their primary market – only Android or only iOS. Once their software is successful (and profitable) on one platform, they reinvest profits into launching on additional platforms.

The devices your customers use are largely based upon their location and age groups. Other demographic and usage data can come into play, too. Note, however, that many users in developed markets have desktops (at work and/or home) plus an iOS and/or an Android smartphone or tablet. 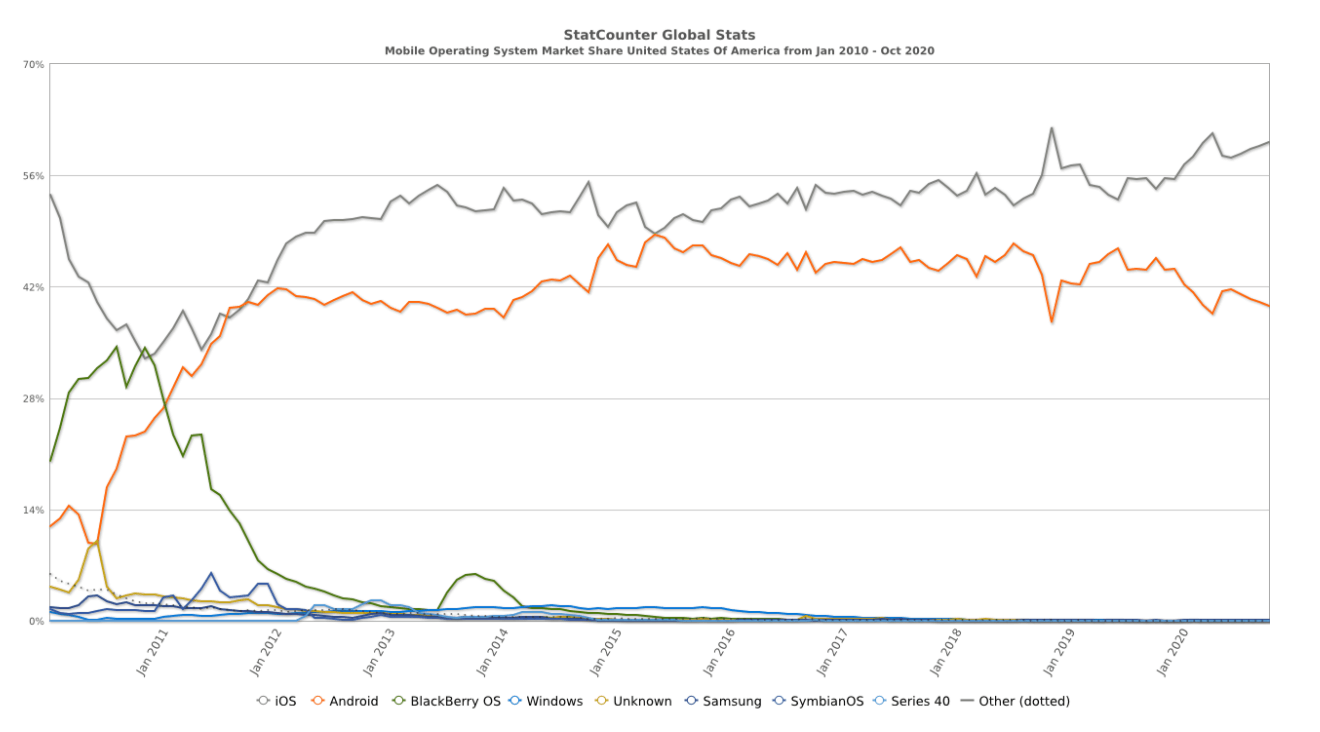 The StatCounter is absolutely indispensable to your marketing research – it will let you examine the technical statistics for any browser, operating system, type of device, by country. It may not be 100% perfect, but the data it provides is good enough for validating a product strategy. The chart graphics that we show compare iOS vs Android usage, but you can equally examine for Windows vs. Mac OS vs Linux, as well.

Additional market and demographic research should be carried out relative to your software project’s target market and strategy. So, technical issues can influence the decision, but what is ultimately best for your business will be determined primarily by your end-users – at least for your initial launch. Your product vision and business strategy will guide your next steps. Some companies release on Android first, and then later roll-out an Android version; and vice versa. 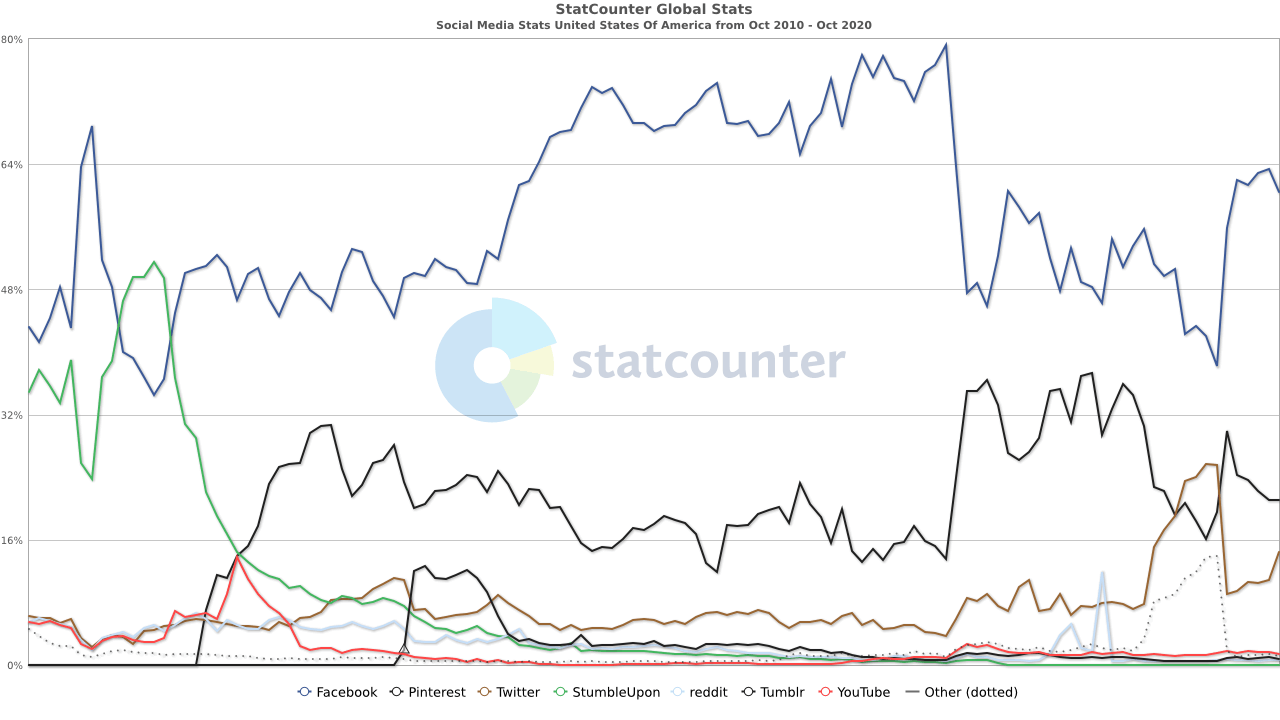 How does your software platform impact outsourcing options?

When it comes to outsourcing software development, most companies look to Southeast Asia or Eastern Europe. While it’s true that developers in SE Asia are less expensive “on average,” extra care has to be taken about the quality of their development and high (25+%) turnover rates.

No one can argue that India has the most developers by far, as it is a country with over 1.3 billion people. However, according to SkillValue’s Where to Find the Best Developers in 2019, based on 550+ technical assessments, India ranks #35 globally with an average score of 79.29%, just below Israel’s 79.55% and significantly below their US counterparts at 84.59%.

Conversely, Ukraine ranks #5 with an average score of 93.17%. At the same time, the 2019 Kearney Services Location Index ranks Ukraine #2 in overall financial attractiveness with a rating of 2.90 – an aggregate of technical skill and cost. In effect, the difference between hiring a Ukrainian software developer or an Indian developer is like hiring an A student or a C+ student. That’s not to say that there aren’t great Indian software developers, only that you will need to shop around more – and vet them more carefully.

Ukraine was an “early bird” to the mobile app market

Ukraine has a long history, but it has a special angle in the mobile app market that’s not so well known. Ukraine was one of the first countries to actively embrace the rise of mobile devices. While most Ukrainians could not afford a desktop computer back in the 2001-2010 era, smartphones were well within their means and served as a sort of leapfrog technology to today’s tablets. It led to a booming “mobile app” market and many mobile app development agencies.

In 2004, Victor Shaburov established Handster – an independent mobile app store that helped accelerate Ukraine’s mobile development sector. Handster was sold to Opera (the browser company) and became Opera Mobile Store (OMS) in 2012. In 2015-16, it further transitioned to the Bemobi brand name. OMS was arguably the 3rd largest app store outside of China with apps from over 40,000 international developers.

Offshore outsourcing can be the most important way to stretch tech-first startup funding. Are you still preparing for your seed…