Quick Summary - Following up on our last post, we discuss more about getting to know your team and making them feel appreciated. We want to take it further to build distributed team spirit. 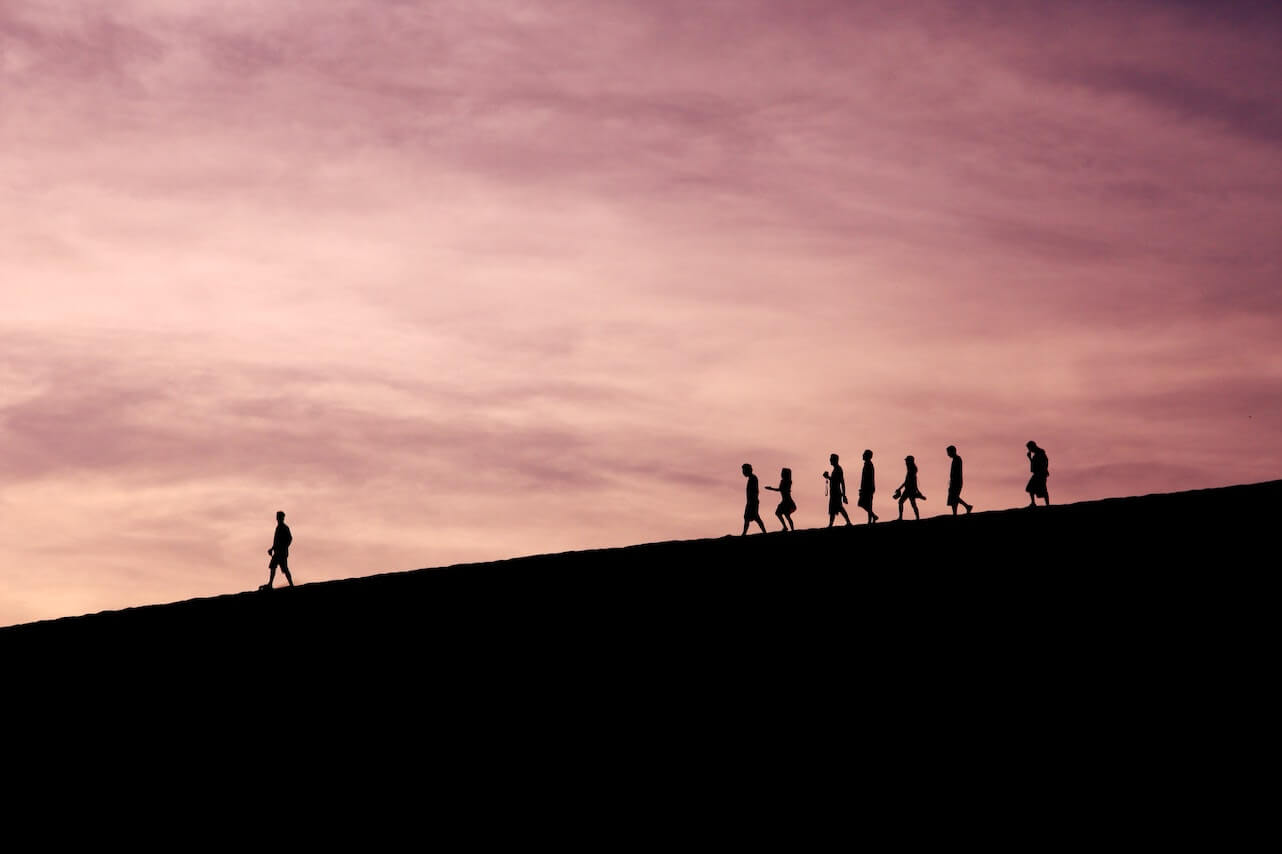 There’s a LOT written on developing teamwork. Teamwork is critical. It’s the minimum of what you need.

Getting to know your team starts in the hiring process whether you’re hiring directly or outsourcing through an IT staffing agency. Even with staffing agencies, you are involved in the review of qualifications and interview process. Part of getting to know your team involves learning where they want to go, what they want to learn or specialize in – learning how to make their job into one that they love.

Great teams beget great startups. Even the best and largest of today’s Tech companies have outsourced. They consider the developers in their distributed teams as their team. Tech is a very competitive world, it’s your software vs. all of your competitors. So, if you’re in, you should also be in to win – and working on building a team with the same mindset.

It’s always been important to know where your company plans on where it’s going and what it’s going to do to get there. Today’s polarized environment complicates matters with respect to hiring team members with the right fit. This is becoming more and more of an issue in the workplace, and it’s a delicate issue at that. It’s your company’s prerogative to pursue such objectives as it desires. It’s on your founders and executives to define the priorities and policies that will help keep your team aligned with its objectives.

This begins in the hiring process. Traditionally, employers have focused on a combination of skills, education/experience, diversity, and teamwork. In the past decade, socio-political orientation has become important in some companies. If this is important to your company, specify it upfront, even include it in your job description. When building a team, it’s helpful to find people with the “right fit” so every member of your team feels comfortable working with each other and toward your company’s objectives. Hiring someone with the right skills, but who doesn’t fit your company culture can be hugely disruptive in the long-term, and not particularly fair to the employees.

Most companies do their best to avoid controversies by establishing policies by limiting what can be discussed at work and through work-related communication mediums. More guidance on this matter can be found on the National Review, here and here. As laws on this can vary locally, it would also be good to talk with a lawyer and/or HR specialist.

This is a personal soft spot for its simple effectiveness in helping break the ice in any kind of setting. This goes for startups and big companies alike. All it takes is an active effort to create a friendly environment where everyone recognizes each other as part of the same team, and ideally on a first-name basis. That might sound harder than it actually is – though with truly large organized it’s best to keep this somewhat localized.

There are a few easy components:

First impressions mean a lot. So, yeah, that is a lot of ground, but it’s pretty easy to set up. It will go a long way to show new hires that you’re organized and this isn’t your first rodeo. You’re providing new developers access to the “knowledge keepers” in your company to establish a friendly and helpful atmosphere. It’s 10x easier to say “Hello” to someone you’ve been introduced to than not. That you’re making this much effort to make newcomers feel welcome will shine through. And, if you can trouble your startup’s founder and relevant senior staff to welcome them, too – you’ll be establishing a very favorable first impression.

You can do quite a few things to develop team awareness of everyone’s skill sets. There are a lot of programming languages and each piece (or component) of a software project has its own complexity. Using automated software development performance analytics can help you quantify developer skills over the long-term, and are also instrumental for catching issues and bottlenecks before they can escalate out of control. You can use this data to optimize your team for each project and to guide your training programs as we discussed in our last post. You can pair your strongest C# developer needing to learn Java with your best Java developer needing to get more experience with C#, or another language. Continuous skill development and continuing education programs are a significant part in the retention equation.

But, more than just facilitating training for the skills you already need, look at the skills you will need 1-2 years out. That gets back to setting up your current developers to become team leaders after you receive your next round of funding. It also means watching your competition, industry news and trends, trade shows and conferences. Frankly, there’s too much for any one person to keep track of. It’s enormously helpful when others are helping to keep an eye on tech news. If there are specific technologies you want to track, you can use Google Alerts or If This Then That to help out.

It can be a job just reading everything. Part it out to your developers to track the things they are most interested in so they can filter what’s *highly* relevant for your company and team. Set aside a few minutes at the end of each retrospective for the sharing of important news.

It’s not always possible, but it’s worth striving for. This applies to all team members, in-house or outsourced (on long-term projects). If a job vacancy comes up and you have one or more qualified developers on your team apply to fill it, you need a really, really good reason to not promote from within. That’s not being sentimental (well, a little), but they already know you, your company, team, and project. It’s typical for developers to change jobs every two years, which has a turnover and disruption cost that you can avoid.

If developers see it’s overly difficult to advance in your company, they probably will look for another job. A company that makes a show of promoting from within encourages retention with all developers. To make a show of this means taking steps, in advance, to help prepare them for promotion – via mentoring, skill development, and continuing education programs. A side benefit of the long-term process is that you’ll need to search for fewer senior and more junior developers (easier to find). If the developer is missing a skill, sometimes companies will provide an interim promotion but hold the wage increase until they obtain certification.

If you’re outsourcing, much the same thing applies. You can arrange with the IT staffing agency to promote, for example, a developer to a senior developer role and/or directly hire them onto your in-house development team.

It’s important to note that though someone may be qualified for a job, they might not necessarily want it. This can be the case with devs or engineers looking at a vacancy for software engineering manager. Taking the managerial path likely means a lot less, possibly no, coding and much more human interaction.

Encourage your team to submit ideas, tools, and resources that they’ve used and found helpful on previous projects that may be useful to yours. Establish a review process to vet their usefulness. This might be incorporated into your retrospectives every 2-3 months to let your team evaluate how important each suggestion is to investigate. Some suggestions may be “no-brainers” to adopt on the spot – obvious benefit, low-to-no-cost, easy to implement with minimal effort.

This requires a talk with the founder, CEO/CTO, and finance officer. See if you can establish terms, criteria, and an evaluation process to incentivize proposals for actionable improvements.
Here are 17 cost-effective ideas and 65 more on how you can incentivize your team’s ideas. Don’t go too overboard, but if your company isn’t doing something to encourage your best people to actually think about ways to advance its interests, capabilities, and profits… you’re actively handicapping it.

At the very least, if one of your developers presents a good idea, take heed of what it actually is – as they may have a specialized talent, something they enjoy, that can be integrated into their job description to some degree. It may not come with a pay raise or promotion, but helping developers find useful roles on your team that they love to do… that’s big unto itself.

Again, there’s a lot available with respect to how to get to know your team members and how to develop effective teams. The five main points covered here get into areas most of those articles don’t mention, but are a hallmark of teams with the drive and will to win. Amazon often gets a bad rap, but having worked – yeah, it’s a very intense environment, but also one that actively innovates at every level. Twenty years ago, Amazon struggled to make a single penny on each line item sold. Today, it single-handedly generates half of all US online sales… for starters. Amazon’s success owes to a lot of things, but especially to a relentless commitment to continued improvement. Try it out now, see where relentless.com takes you.

On September 7, 2020, eSports was declared an official sport in Ukraine. While Ukraine does not export electronic games, Ukrainian…

How to Transition to an Outsourced Team

How do you transition to an outsourced software development team? You might be looking to make room for your in-house…